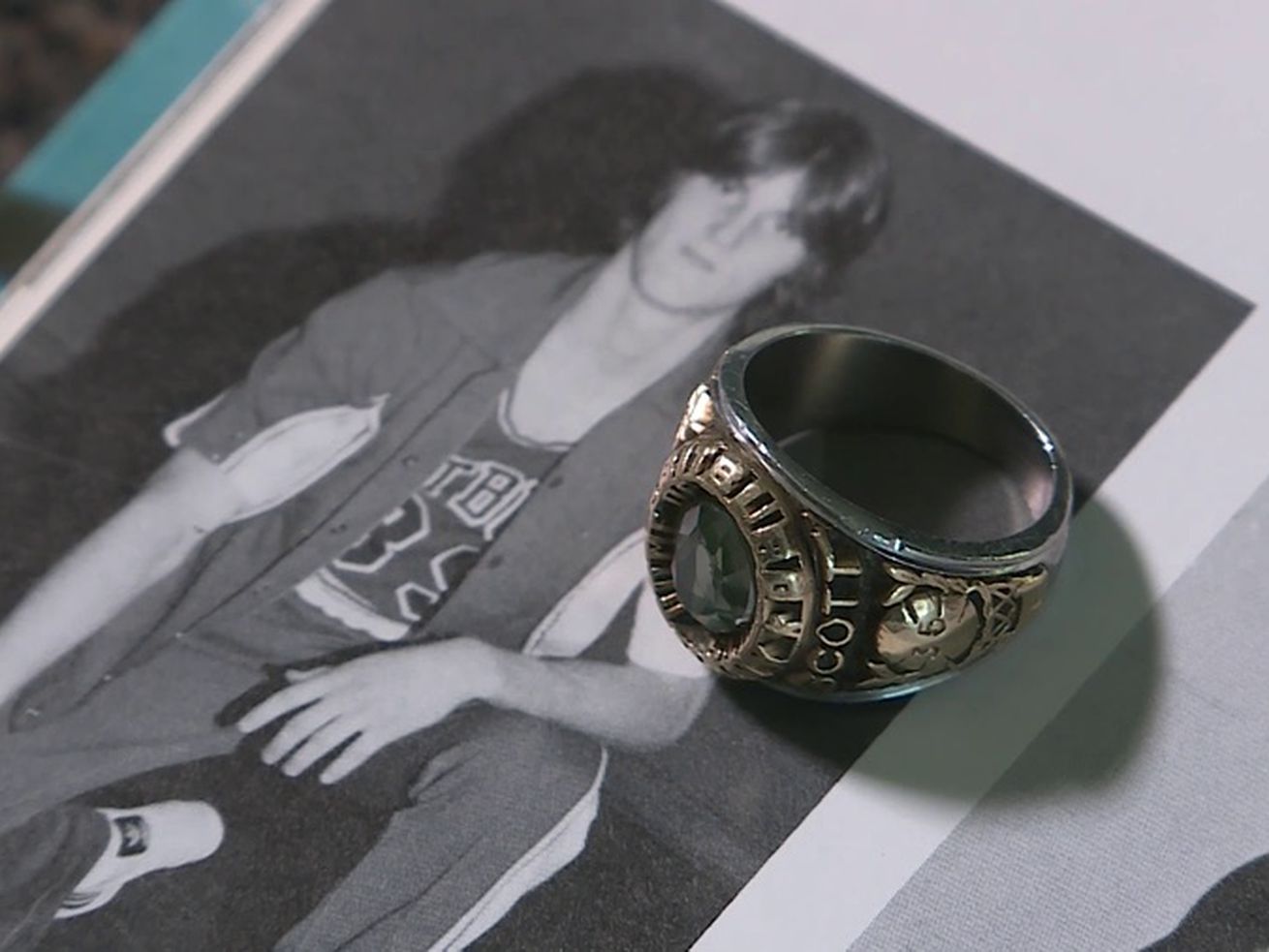 Scott Sanders’s high school class ring, which he lost at an Air Force base in Bitburg, Germany, in 1982, is pictured with one of his yearbook photos on Tuesday, May 5, in Lehi. | Stuart Johnson, Deseret News

He’d left his high school class ring on top of a paper towel dispenser at an Air Force base in Bitburg, Germany, in 1982 and believed it was lost forever.

On Monday, roughly 38 years later, it found its way back to him in a story that spans at least two continents.

“You know, there’s happy endings out there to be had, for sure,” Sanders said, still seemingly bewildered over the recent chain of events.

A man Sanders had never met before, Dan Thomander, returned the ring on the final leg of its journey from Idaho to Utah.

“I’m like, this is crazy!” Thomander said. “If that’s not a journey or a story that’s worth telling, I don’t know. I thought it was pretty good!”

Sanders, the son of an airman, said the class ring had always held extra significance to him since he helped design it.

How it made its way to Thomander is something of a mystery.

“The ring turned up in the sand somewhere on the East Coast at one of the parks where we used to go camping,” Thomander said, explaining to Sanders that to the best of his recollection the discovery was made in New Jersey or upstate New York.

“I found it, held onto it until I made it to my married life, gave it to my father-in-law, he put it into a safe and held onto it for nearly 30 years and then gave it back to me so that I could deliver it to you on the very week that you were posting on Facebook, ‘praise to God for helping you find your lost ring!’”

Sanders noted the post was coincidentally about another ring he’d lost at his mother-in-law’s house last fall while helping her turn off her irrigation water. He recently recovered that one as well.

Thomander said he found Sanders by Googling what he knew about him — his name, his high school, his year and basketball jersey number, as well as the city of Bitburg.

“I put Bitburg, Germany, basketball in from 1982 and I started getting box scores,” Thomander said. “Then I searched and I found that the high school actually had uploaded all of their yearbooks. I said, ‘Oh, let me go to the Class of ’82 and there was a tab you could click on to see all the seniors and I clicked there and, sure enough, I found his picture.”

Thomander said he then searched Sanders’ name with Bitburg on Facebook.

“When I clicked on it, I was amazed because he had a BYU shirt on and I thought, ‘I went to BYU — wait a minute, hold on a second, that’s just bizarre!’” Thomander said. “When I found out he lived just 5 miles away from my son, I said, ‘This is crazy — I’ve got to go deliver that ring to him!’”

Sanders said he was amazed by how everything came together and was grateful to have his ring again and to have made Thomander’s acquaintance.