3 Steps to Fix Your Sexless Marriage 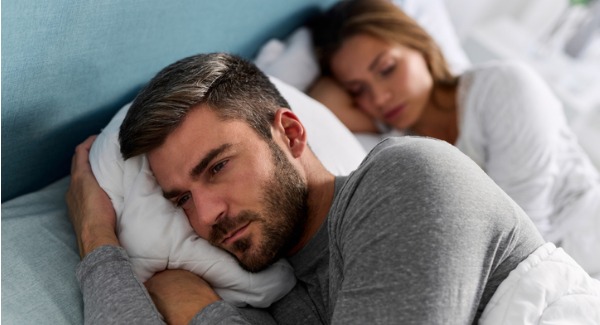 I hear from a lot of men who say they want more sex in their marriage.

They say, “I love my wife. She’s great but I don’t know if I can stay married to her.”

And then they explain further…

“We haven’t had sex in months.

Do you struggle with sex in your relationship?

Sex is a big deal for us dudes.

It’s often been said that we men need to have sex to feel emotionally connected.

And on the flip side, she needs to be emotionally connected to have sex.

It can feel like such a disconnect. God’s cruel joke.

Many guys don’t even know that his wife needs to be emotionally connected to have sex.

They think she just needs to open her legs and accept him.

They say, “I do everything to fulfill what she needs of me. She doesn’t reciprocate.”

I understand this well because I was in a 20-year marriage where sex was often lacking.

I tried to behave myself. You know, score points. Try to be loving. And then maybe she’d be open up to sex.

But most of the time, she’d reject me. It was as if she saw this sudden wave of exemplary behavior and didn’t quite trust it. And with good reason.

Do you try to score points with your wife to get sex?

Why even bother to try to build an emotional connection if I can’t get laid once in a while by my own damn wife?

So I’d feel the sting of rejection. To cope, I’d suck it up and try to stay the course for my son and the family.

But do we really have to castrate ourselves to stay married?

There’s got to be a better way. But yet it’s so easy just to throw in the towel, give up, look at other women, or accept the status quo.

There’s a name for that course of action. It’s called “playing small.”

It feels like crap because it is small – small-minded, small-hearted, and small sexually.

What if you had a better way to revive your sexless marriage?

Before we get there, let’s acknowledge something big.

In a long-term relationship or marriage, we have this other dynamic going on. I’ll speak to it in a second.

Often, we don’t know about this dynamic, because the only reference we have for abundant sex is in the good old days, during the honeymoon chemical-flooding phase of doing it in the bathroom, the car, the kitchen, a park bench, anywhere we could get our sex organs out.

What we had then that was lost many years into marriage was simply this… Eros.

It’s something that gets squashed in the day-to-day functioning of married life – getting the kids to school, going to work, bills paid, etc., etc.

We lost our eros and passion because at some point, whether we knew it or not, we prioritized security, stability, and commitment over risk, vulnerability, and deep connection.

Does fear of risk hold you back from creating a fulfilling sex life?

In this video below, I talk about 3 steps to creating a sexually fulfilling marriage, and 3 mental errors we guys make in the process.

Do you want to up level your sex life?

There’s an old joke. To kill off your sex life, get married.

But let’s face it, you didn’t get married to kill off your sex life.

You got married to build a home – psychological, emotional, physical, sexual in one another, and a literal home for your kids.

Fixing a sexless marriage takes some work. And yes, there could be some struggle in achieving it.

Hard conversations, not taking everything personally, and a willingness to get curious about your partner’s blocks.

Are you willing to be in the struggle of rebuilding your sex life?

At the end of the day, you get to decide what you want to struggle for, and what problems you choose.

When asked if they’re willing to put in the work to rebuild their sex life, most guys say, “Well it depends.”

I hate to break it to you. But nothing groundbreaking happens in the land of “it depends.”

If that’s you, it’s a sign that you’re not super serious about turning around your sex life.

For those guys who are serious, ready to be in the struggle, and ready to do something life-changing, let’s have a quick chat.

You are the kind of man I work with. You are the man I help up level his sex life.

A quick chat is a guaranteed, powerful conversation to give you meaningful insights on how to really understand what’s keeping you stuck from having a great sex life.

And to be clear, talking with me is just an honest conversation between two guys keeping it real to explore how you can move ahead in your relationship.

I’d be honored to hear from you. Move into action and shoot me a quick email.

The post 3 Steps to Fix Your Sexless Marriage appeared first on The Good Men Project.