The Coronavirus Generation Will Use Language Differently

For language buffs, COVID-19 is a potential sci-fi plot. Think: Millions of families go inside for months—what will they all sound like when they come out? After all, Latin became French when Latin speakers in France spoke more with one another than with speakers elsewhere for long enough that the step-by-step morphings in France had created a different tongue from those in Spain or Italy. If people are shut up in their houses for months on end, won’t each unit start developing its own slang, its own vowel colorings, and more?

As neat-o as it is to imagine, American English will not be separating into different dialects due to people interacting less. Spatial distance isn’t the only kind. Communications technology allows round-the-clock verbal interactions with legions of other people regardless. Many American adults are spending almost as much time Zooming and FaceTiming as we were interacting with people live before late March, and if and when we go out in the open, we will use language much as we always have.

But the pandemic will still change language, broadly construed—just not among adults.

One effect that this crisis may well have on American language is to bolster the longevity of its diversity. In this country, currently about one in four children live in homes with a language other than English as the main language. Yet, the sad truth is that these languages tend not to make it far past that home unless there are massive communities of people living in that language, which is true of just a few such as Spanish and Mandarin, or in more isolated communities, Yiddish and German.

Often, children in bilingual homes learn their parents’ and grandparents’ language to a functional but abbreviated degree. They can converse fluently on a basic level, but never master the level of language required to discuss complex topics and miss many of the pickier aspects of the language’s grammar. Linguists call this “heritage language.” People who speak a language only at this level seldom pass it on to their children, even if they happen to marry someone who also speaks the language on the same level.

Extended family members are often dismayed to see that their kids only reach this level in their home language, if even that. Spanish and Chinese speakers have it somewhat easier because of how much media is available in their languages. Also, they can live in neighborhoods where a critical mass of people speak the language, signs are written in it for blocks on end, etc. For speakers of Polish, Hebrew, or Tagalog, however, this is much less likely. The truth is that if kids raised in America are going to grow up speaking home languages like those beyond the “heritage” level, in most cases they will have to spend holidays and every summer in the country where that language is spoken, unless they are to lead lives of unusual isolation within the larger society, which preserves languages like Yiddish (hardly dying as it is often claimed, given that about 150,000 people are using it at home in the United States as I write) and Pennsylvania Dutch.

Note, however, that conditions under the virus have created something ominously close to just that kind of isolation for the time being. Children whose Bengali or Danish was slipping have now been spending infinitely more time with parents (and especially in immigrant communities, grandparents) and have been able to use the home language all day every day for the first time since toddlerhood. I have heard from many parents who say that they are pleased to see their children’s skills in the home language explode or at least improve. A summer immersed in a language can do wonders, as veterans of Middlebury College’s famous language-learning program can attest. The lockdown is clearly going to amount to the equivalent of about two summers, and there are mini-Middleburys happening in millions of houses worldwide.

Many will be less sanguine about another possible legacy of the virus. If this kind of lockdown becomes necessary in waves until there is a vaccine, and especially if other pandemics arrive in the near-future and mean again separating children from formal schooling for months at a time, the ever-increasing oralization of American language use will be entrenched even more deeply than before.

The data are in: School via screen doesn’t work well. Children of highly educated parents with book-lined homes can weather it; most of their education takes place passively anyway. However, that is not most children in the United States, despite how disproportionately people of that class are represented among those who write about kids’ fate during this crisis. I salute the teachers who have been suddenly saddled with the responsibility to transfer their teaching onto the internet. My children’s teachers have done this better than I ever could (or have, as a teacher of college students).

However, for most kids, the idea that online teaching is a less-than-ideal but workable substitute is a fiction. Exercises presented on a screen, little buttons to push, “writing” on a keyboard rather than with the hand at an early age, no one directing students from one activity to another in person, no questions addressed directly by a living person—all of this engages most young people too little to instruct them in any real way. Online teaching as a norm is a crisis.

Or at least, a crisis in inculcating the formal level of language, which is considered one of school’s main functions. At home one learns to talk; at school is where one learns to speak, especially those from less educated homes. At home one writes stuff down here and there; at school one learns to compose the kind of text that presents you to the world as a serious person. Humans are genetically programmed to talk, and ordinary talk is complex and nuanced indeed. Yet modern civilization exerts a requirement that citizens master a secondary layer of communication, the formal one.

And this level is only partly about big words and where to put a comma. In forcing kids to not only write for real but to read text, school is also where one acquires familiarity with the extended argument, making a case, and even seeing the coherence in views you find unfamiliar. The goopy little exercises making kids write about what they did last summer and answer questions about pollination can seem trivial—until you imagine a kid growing up not doing such things, and only talking. It’s a different way of being in the world—and an America where online learning becomes a regular fate for all of America’s kids is going to leave those kids in essentially that kind of world.

If we are seeing the beginning of what will be referred to in 10 or 15 years as a “corona generation” of kids hobbled by months-long stretches of online school, then I take the risk of predicting that—along with pedants angry that people aren’t calling it a “COVID generation”—we will see the National Assessment of Educational Progress scores go down. It will first become evident with the round of fourth-graders tested next year. That online school is only, for example, half of the school year will still have palpable effects: Students from less bookish homes have long been known to exhibit a “summer slide” in what they retain from June when they get back to school in the fall. Today’s corona kids—COVID kids, sorry—will already experience a double summer slide. At best, the hiatus will be half a year.

This will leave their abilities in the marvels of casual speech unaffected. However, it will put a major dent in their capacities in the artifice of formal expression. Already we have seen a transition from an era of long emails as common coin in the 1990s to brief texts as the norm starting in about 2005, such that even many people who were comfortable with long emails then today prefer the brevity of texts, while people under about 25 often find not just email but Facebook too wordy. The terseness of texting and Instagram rule now: As always, formal language is a stunt, in its way, not a natural condition, and best learned starting young. When society does not cultivate formal language as ordinary, normal humans only rarely seek it out voluntarily. We are wired to just talk, and, with texting technology, to write as much like we talk as we can.

This will be a generation embracing even more than ones before them the picture over the sentence, the short over the extended form, with the sensibilities of Instagram, TikTok and Quibi dominant. Within this will be a great deal of creativity, vibrancy, and even poetry, make no mistake. There will be a healthy vernacular flavor to much of this, in line with the browning of the culture since the 1990s. This will be, for example, the generation that conclusively eliminates the increasingly square tradition of the handshake, in favor not of coy formalities like bowing, but assorted elbow and chest bumps and other strategies with a “street” flavor.

However, the current virus is distracting legions of those kids from an aspect of language that is a gateway to stirring texts and suasional self-expression, and if we must face similarly disruptive pandemics sequentially, this serial distraction from true schooling will risk rewiring these children’s minds permanently.

Beyond the possibility that kids from homes with a second language will often find themselves conversing more fluently with their grandparents, the virus will not leave Americans talking differently. Rather, COVID-19 threatens to leave a cohort of children with a more oral and pictorial orientation towards communication than they would have had if school had not been pulled out from under them. Theirs will be a linguistic competence often dynamic and creative. But they will be missing the benefits of the more artificial, yet useful, aspects of language that, in societies with writing, most students experience mainly in the classroom. 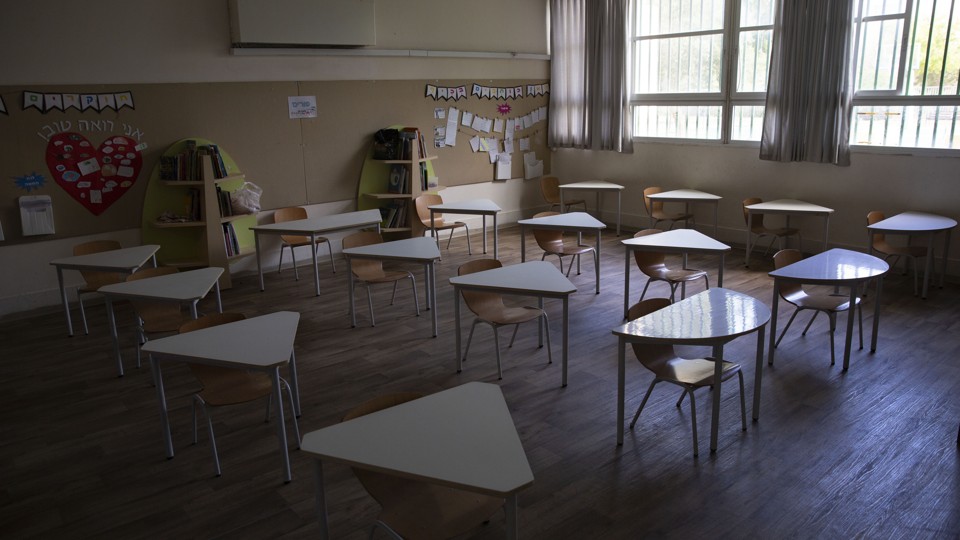