Popular YouTuber MindaRyn to Make Her Anime Debut in November! 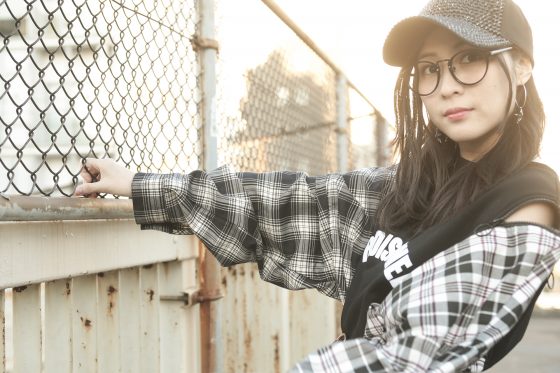 YouTuber MindaRyn will be making her long-awaited artist debut on November 18, 2020 with her single “BLUE ROSE knows.” 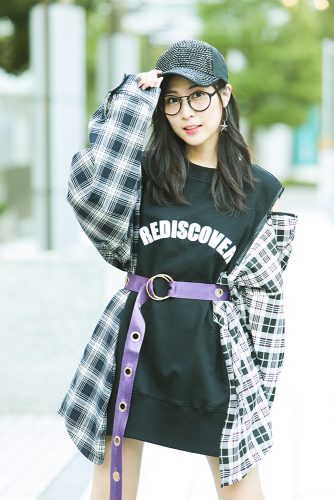 When did you first hear about your debut?

MindaRyn: I heard last winter from my manager and the president of the Thai agency that I belong to. It was such a shock! For a moment, I thought there had been some kind of mistake. When I realized that it wasn’t a mistake, I was really happy and excited.

So your dream finally came true!

MindaRyn: Yes. My dream has always been to sing anime theme songs, so when I heard that it was about to come true, my heart almost stopped! I was completely floored!

Are you busy practicing Japanese for your debut?

MindaRyn: I am! I can speak Thai and English, but Japanese is really difficult! I suppose the reason being that the grammar is completely different from Thai.

How do you go about remembering the Japanese lyrics when you’re doing anime song covers?

MindaRyn: I love anime, so I listen to the songs over and over until they stick in my head. After that, I look up the meaning of the lyrics. This process has also helped me improve my Japanese.

How did you get started with anime songs?

MindaRyn: When I started my YouTube channel in October 2015, I didn’t have much of a plan in mind. I just wanted to sing anime songs and have someone listen to me. But, nobody is interested in listening to something so amateurish. So, I started carefully choosing the songs, doing lots of practice, and recording them properly before uploading them to YouTube. In that way, I gradually started to attract other anime and anime song lovers. As my viewers increased, I realized that there were people willing to support me and became even more serious about my musical activities. That’s what led to my current anime song cover channel.

Was there anyone around you who also loved anime and anime songs?

MindaRyn: I didn’t have any friends who loved anime songs. By uploading my music to YouTube, I was finally able to meet some anime lovers and anisong lovers, which made me really happy.

Are anime songs also what got you interested in Japan?

MindaRyn: J-rock was very popular in Thailand at one point, and my dad was a big fan of X Japan. So, I was always listening to Japanese music when I was little, and that’s how I learned about Japan. But I only really started getting interested in Japanese culture after watching anime. I started watching anime, then listening to anime songs, and by singing those songs, I learned some of the language.

What anime did you watch when you were little?

MindaRyn: The first anime I liked was Digimon Adventure. This is a very popular series in Thailand, and as it happens, I was one of the Thai dubbers for Digimon Adventure: Last Evolution Kizuna, which was released in Thailand in July! It was my first voice acting experience, and it was loads of fun! I’d love to do something like that again.

What is your favorite anime?

MindaRyn: That’s a tough question, because I have so many favorites... But two of my definite favorites are Hunter X Hunter and Hikaru no Go. They’re very different stories, but I love both of them, and I learned how to play Go from watching Hikaru no Go.

Then, could you please tell me about your favorite anime song artists?

MindaRyn: I love LiSA. I went to one of her concerts in Thailand, and I completely fell in love with her! Her performance and the way she conveys her feelings through the music is extremely powerful! I also love how she manages to be both cool and cute at the same time.

MindaRyn: She doesn’t have many slow songs, but I love Shirushi. Your cover of Gurenge also has an impressive 7 million views. MindaRyn: Thank you. It’s my most popular cover. It’s a really popular song in Thailand, so lots of people can sing it.

Do you have any other artists that you like?

MindaRyn: Among anime song artists, I like TRUE, ReoNa, Eir Aoi, and Aimer. Outside of anime songs, I like Kenshi Yonezu, back number, RADWIMPS, and Luck Life. And I love Yui! So, I also listen to lots of music besides anisongs.

Yes, I’ve noticed that you often cover Yui’s songs. What kind of YouTube comments do you like getting?

MindaRyn: I’m happy when people tell me that they get power from listening to my music.

I’ve noticed that you often wear glasses. It really suits you.

When did you first come to Japan?

MindaRyn: My first time in Japan was four years ago. I’ve always loved Japan, so I wanted to visit, and my dad agreed to come with me. I spent a day in Tokyo, and because I love Harry Potter, I also visited Universal Studios Japan in Osaka.

And you came again after that, right?

MindaRyn: Last year, I saw my first anime song concerts in Japan! I went to Lantis Matsuri and Animelo Summer Live. The lighting and sound were really high quality, and the artists were so powerful! I’d always wanted to go to Animelo Summer Live, but it’s really hard to get tickets in Thailand, so it was really moving to finally be there!

MindaRyn: Thailand has very few livehouses like Japan, so it was a novel experience. I also met a lot of people who are working hard to follow their dreams, and it was inspiring to perform with those like-minded artists. Each concert was a new challenge, and I gained a lot of experience.

You also played the guitar during those performances, right?

I thought you looked very cool. How did you like the food in Japan?

MindaRyn: Everything was delicious! I especially liked the shabu-shabu.

Speaking of which, how was the Thai food in Japan?

MindaRyn: Thai food is usually very spicy, but the Thai food I ate in Japan was a lot milder. I’m not wild about spicy food, so I really like the Japanese version.

Did you find the trains and railway system confusing?

MindaRyn: I was really surprised the first time I saw the railway map! But it’s easy once you get used to it. I think I can get around by myself now.

I understand you also visited Takeshita Street in Harajuku in January. Was it very crowded?

MindaRyn: I went over the weekend, and I was so surprised at the amount of people! But it was really fun and interesting.

What is your impression of Japanese people?

MindaRyn: They’re very conscientious. But that’s a good thing! Thai people tend to be easy going and loose about time, so we see Japanese people as very punctual. But I think it’s important to be punctual on the job. And all the Japanese people I’ve met, including the Lantis staff, have been very kind.

Then, how about the good points of Thailand?

What kind of song is your debut single “BLUE ROSE knows”?

MindaRyn: When I first heard the demo sound source, I thought it was very positive and powerful. This song conveys the importance of living a happy life. It encourages you to follow your heart. It’s easy to give up on your dreams when you’re discouraged or depressed, but you’ve only got one life, so you need to have fun and live in a way that you won’t regret. That’s the message behind this song.

This song is going to be used as the ending theme of the TV anime By the Grace of the Gods, so it looks like you’ve finally achieved your dream.

MindaRyn: I can hardly believe it, but I’m so happy!

What are your future goals?

MindaRyn: When I started covering anime songs on YouTube, my dream was to become an anime song singer. Now that that dream is coming true, my next goal will be to spread anime songs across the world! There are still many people who’ve never heard of anime songs, and many Thais don’t realize how amazing they are. I want more people to know about anime songs, so that we can all enjoy them together. As a Thai anime song artist, I want to sing with everyone in Japan and the rest of the world.
[balloon_speech align="left" text="Congratulationsm MindaRyn!!" image="bee-happy1"] [balloon_speech align="right" text="Dreams do come true! And this is just the beginning for her!" image="honey-happy3"]
[ad_bottom class="mt40"]
Share Share on Facebook Tweet Tweet on Twitter Pin it Pin on Pinterest
Back to Feed