My Night In the Bull’s Eye 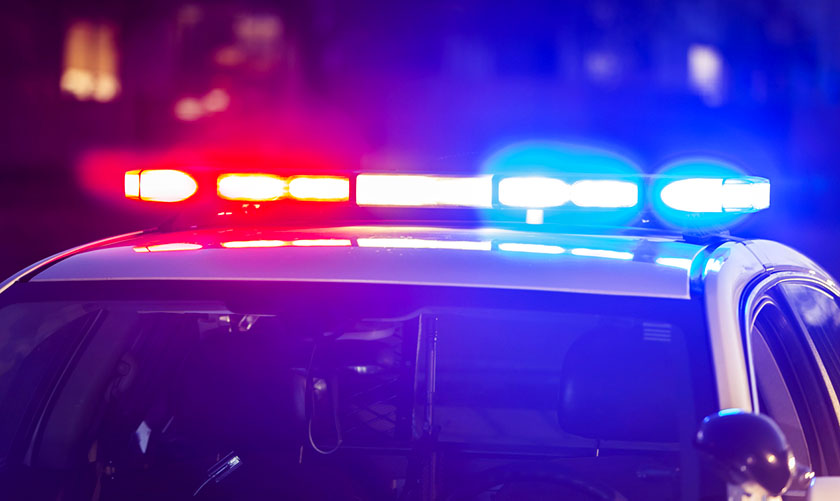 I had had a crap day

I worked till close the night before and stayed late at the bar because I was not working until noon the next day. When my phone rang shortly after 7:00 the next morning I knew what it was before I was awake enough to pick up the phone. “Chef, I’m really sorry the raspy voice said but I’m really sick and I can’t come in today” My lunch cook had a bad case of the Jack Daniels Flu and now I was going to have to drag my tired, hung over ass into work for a long double.

Roughly fourteen hours later I was back at the bar having a drink when my girlfriend came and sat down next to me. Neither of us was in a good mood and we had a quiet little spat right there at the bar. I said, screw this, I’m going home which she thought was a great idea. As I was putting my coat on she palmed me a couple of joints and told me to go home and cool out.

I fired up my huge, sixteen year old Buick Electra 225 and still grumbling started for home, only about a ten minute drive. When I was just about home, I was startled by flashing blue lights behind me. What had I done?  I wasn’t speeding, I thought about the joints in my pocket and thought did someone see me take them at the bar?  I was thankful I’d only had one beer but my mind was turning over at cosmic speed trying to figure out what I’d dome wrong. As I leaned over to my glove box a bright light shined into my face and a voice on a loud speaker said, “Put your hands up and keep them up, do not move!” A cop walked to my driver’s door and opened it and said, “Keep your f*cking hands up and get out of the car” As I stepped out I was stunned to see several other cop cars surrounding me. One cop held a snarling German Shepherd straining on its leash. There was a cop a few yards away with a rifle trained on me. My brain had turned to mush and I was so flustered I could not speak, I kept saying, “wha, wha, wha”.

I was thrown against my car with my arms spread wide on the roof. A cop kicked my legs roughly apart and frisked me. I was wearing a heavy leather jacket so thankfully he did not feel the weed in my pocket. Another cop was going through my car with a high powered light looking under the seats, in the glove box and then the trunk. After a few minutes he said, “it’s clean” and the cop who was holding me by the scruff of my neck relaxed his grip. He asked me where I’d been that night and I told him I’d been working all day. It was a small town and they knew the place where I worked and he called to check out my story. I asked if I could smoke a cigarette, he said I could but my hands were shaking so badly I could not get it lit. He came back over to me a short time later and told me I was free to go. I was never told why I was stopped. No one said a word, they got into their cars and drove off. I was so rattled I don’t think I got above 10 MPH the rest of the way home.

I never thought of myself as racist, probably the opposite. I grew up during the height of the Civil Rights era, the town where I lived was the epitome of white privilege on Long Island’s Gold Coast. I never personally knew a black person until Civil Rights legislation closed the school in the neighborhood where all the Black people in town lived and the children were placed in the other two grammar schools in town. As kids we took it all in stride but I remember many of our parents were not so happy and several of my classmates were pulled out of the public schools. Once it was a done deal I don’t remember there being any problems amongst the kids. I was also fortunate enough to have a teacher in the sixth grade who was a former social worker and he took our class on a field trip to a public school in Harlem to show us that these were kids just like us.

My social conscience had also begun to develop early on. My nightly ritual was to watch the evening news with my parents where the programs were filled with images of fire hoses being turned on peaceful protesters. Police dogs attacking children and the horrible aftermath of the bombing of the Sixteenth Street Baptist Church where four little girls were murdered while they prepared for Sunday School. The thing that really opened my eyes was a picture in Life Magazine of the trial of the men accused of murdering the three civil rights workers in Mississippi. Two of them were cops and the photo of these fat rednecks laughing it up in the courtroom because they knew there was no way in hell they would be found guilty burned into my soul. I can still see that picture in my mind’s eye and to this day it makes me sick.

The night after my encounter with the police I was telling the story to my sous chef who said, you’re lucky you’re not Black. I said, right?? But it has taken years to really dawn on me what that meant. My boss spoke to a cop he knew and was told that someone who had a car similar to mine had fired a shotgun blast at a house and took off, it was a case of mistaken identity and apparently the cops who took part had a good laugh at the expense of the guy who had nearly pissed his pants.

I forgot about the night for the most part but now, seeing these horrible incidents that occur all the time, it’s come back. I have never thought that the fact that I was born white makes me better or worse than anyone else but had I been a black man behind the wheel of that ’67 Buick I may not have been alive to tell this story. Black people get pulled over for having a license plate light out and end up dead. I’ve lived a life where the only cops I have to fear are the Highway Patrol who may pull me over for speeding. I’m your typical white suburbanite but for a few brief moments I had a glimpse of what our fellow black citizens live with every day.

If you believe in the work we are doing here at The Good Men Project, please support our mission and join us as a Premium Member.

All Premium Members get to view The Good Men Project with NO ADS. Need more info? A complete list of benefits is here.

The post My Night In the Bull’s Eye appeared first on The Good Men Project.